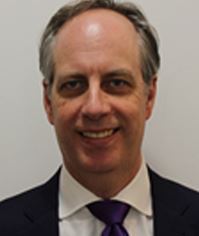 CHIA QLD, in partnership with Grant Thornton & the National Housing Finance Investment Corporation (NHFIC), is holding a pre-AGM event: ‘NHFIC – a progress report for Queensland CHPs’, with a presentation by the NHFIC Chief of Staff, David Crawford.

The Community Housing Industry Association of Australia will hold its Annual General Meeting at 11am on Wednesday 29 November 2017 in Room C.21 at the International Convention Centre, Darling Harbour, Sydney.

Elections that will take place at the AGM
All positions on the CHIA Board of Directors will fall vacant at the AGM.

There are 12 positions on the CHIA Board:

As a voting member of CHIA you can nominate for, and vote on, the position of Region Director or Additional director on the CHIA Board and for the positions on your Regional Committee. Please note, however, that if you have not paid your renewal fee for 2017-2018 before 17 October 2017 you will not be eligible.  We encourage members to consider nominating for the Regional Director position and the Additional Director position to ensure the Board of the national industry body benefits from input and perspectives from all states and territories.

Nomination Process for Directors
Candidates for Director Positions must be members of CHIA or employees of a CHIA member. The following steps must be followed in all states except New South Wales and Victoria:

Directors will be elected by ordinary resolution of the voting members present in person or represented by proxy at an annual general meeting (effectively a postal vote).

Regional Committees
The constitution obliges the CHIA Board to establish a Regional Committee once there are three or more voting members in that jurisdiction. Regional committees comprise the Region Director for that Region (the chairperson) plus up to 11 additional members. In addition:

In New South Wales and Victoria the state peak body performs the role of the regional committee.

Nominating Regional Committees Representatives
Candidates in a particular jurisdiction are entitled to nominate for the representative committee in that jurisdiction alone. They must send a nomination form to CHIA by 17 October, 2017 signed by the voting member nominating the candidate.

Next Steps
Nomination forms for the CHIA Director and Region Committee positions, as well as a Director’s consent form are attached below. Nomination forms should be completed and returned to CHIA before October 17, 2017, in order to be considered for election at the AGM. Those nominating for the CHIA Director position must also complete the Director’s consent form.

Please direct questions about the AGM or election process to Shelly Forceville at the CHIA office via [email protected] or call 0412 804 989.